Stipend of the RMIT 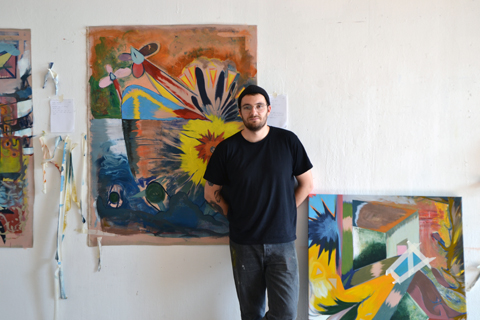 Jarryd Cooper is a Melbourne based artist, born in 1988 in Naarm, Melbourne, Australia. His practice utilises painting to investigate the state of images in contemporary image culture. To consider the way in which images are treated and behave. How they are located, valued, and re- appropriated; to examine how and why the idiom of painting suggests multiple meanings, to form as an interlocutor between images, and those that encounter them.

Jarryd’s practice is based in painting but often utilises video, photography and installation. He has recently completed Bachelor of Fine Arts Honours at RMIT University and was awarded the Leipzig Residency Award which will conclude with a solo show at the Australian embassy in Berlin.