Supported by the City of Leipzig / Referat for International Cooperation. 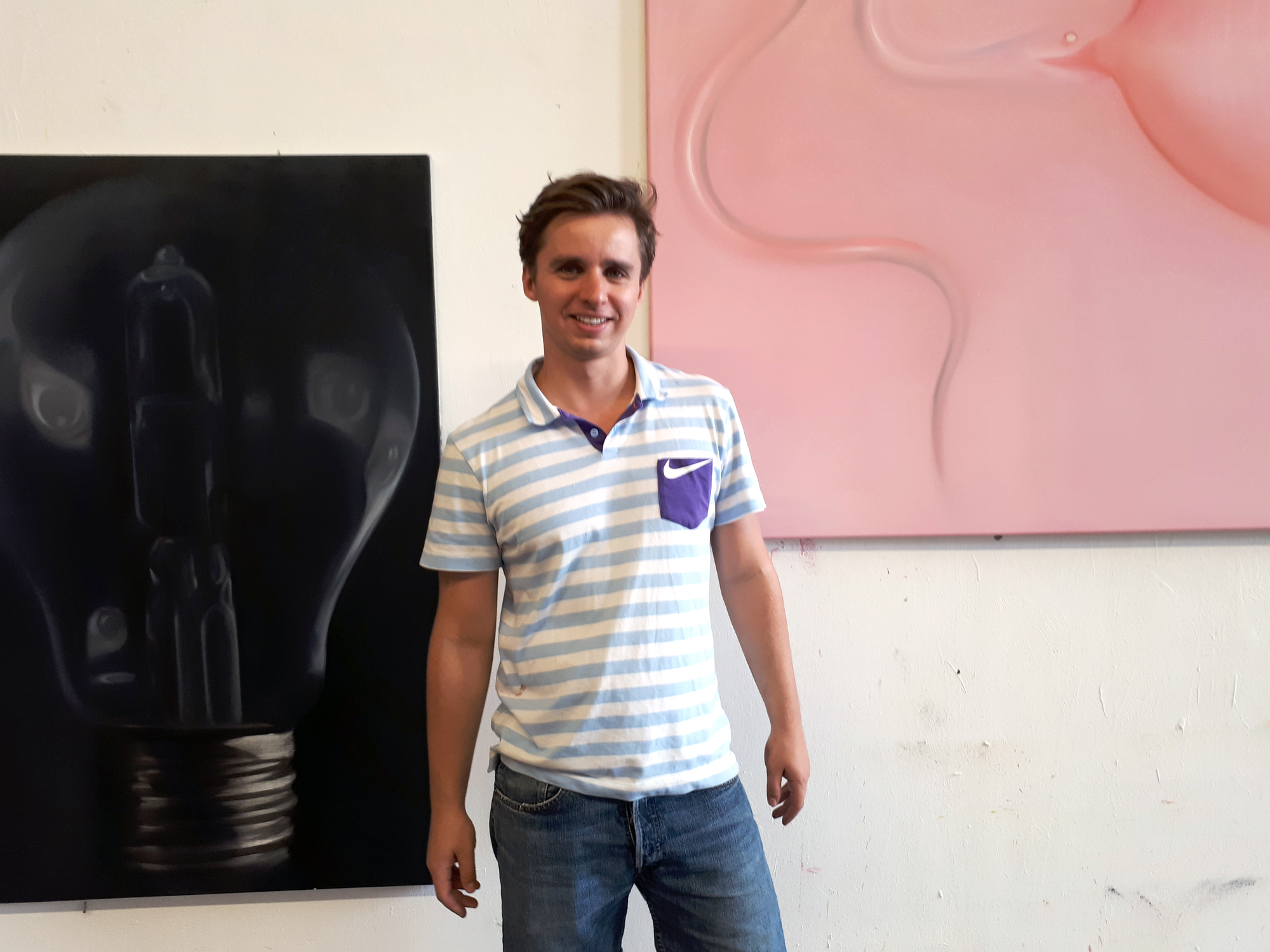 It has always been difficult for me to verbalize my thoughts. Much simpler is translating them into a visual form. These most intricate thoughts I depict on canvas. Through own symbolism and assocation I portray confusing stories, scenes from movies, books or processes and devices that surround me in everyday life I have vague idea how they works.

After long struggles in painting in a thick layer of paint, drawing in it, engraving and imprinting simple lines and shapes I returned to classical painting with smoothly laid stains, and glazes. I do not know how long it will take, the form of works I do often change. I try not to attach to the style.
Next to painting which is an extremely individual activity I am involved in Potencja – artists-run space based in Cracow (PL) With other founders – Karolina Jabłońska and Tomasz Kręcicki we are curating exhibitions, making scenography, creating sculptures, objects, producting films, music, etc.