Stipendiary of the RMIT Melbourne 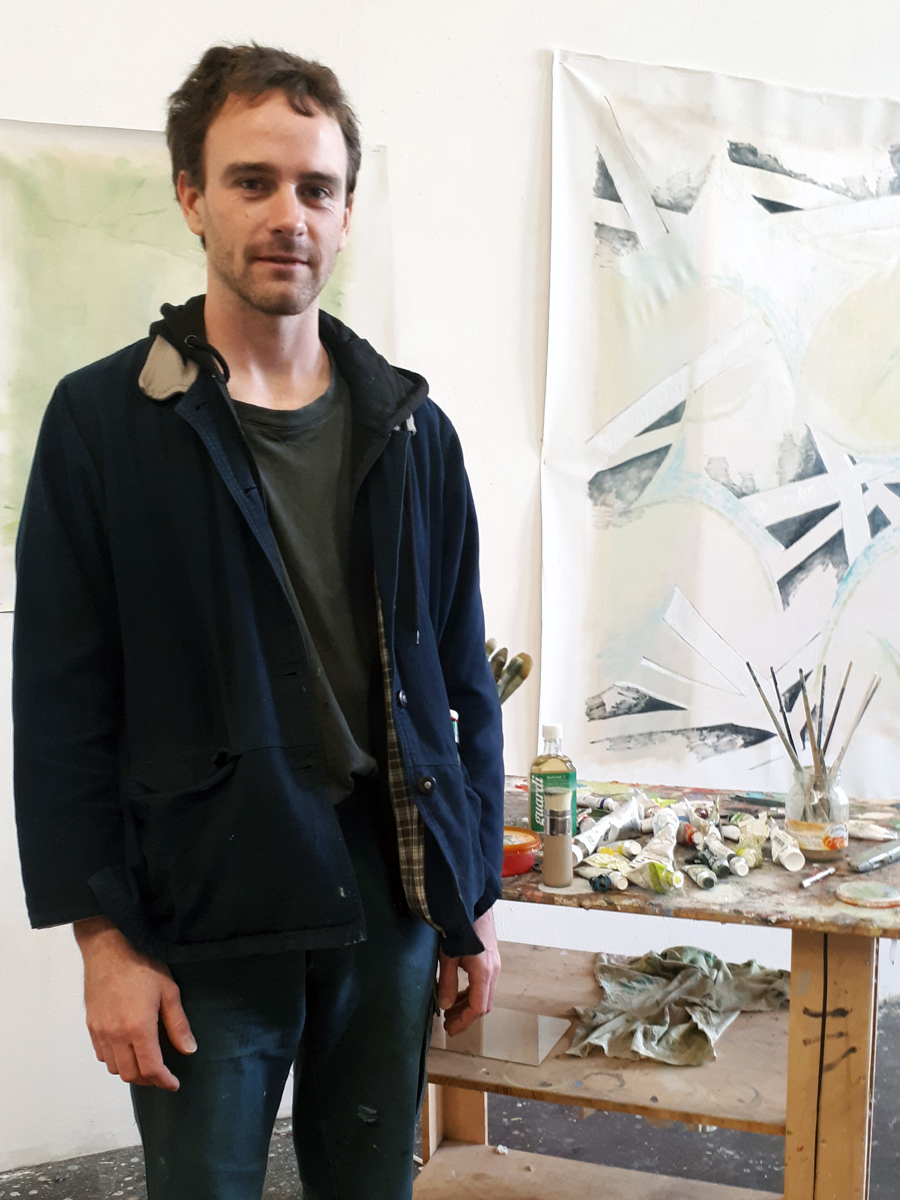 Jordan’s paintings develop through a heuristic process bent on doubt-laden experimentation and tentativity. Abstract compositions are formed through gestures that are both actual or authentic, as well as indexical, signifying marks from within the so-called Western Canon and those ancillary to it. These references, ranging from early 20th century painting to comics and graffiti, elicit a precarious harmony fostered through the use of active and shifting forms.

These archeologies make the atemporal nature of our relationship to visual culture explicit, highlighting a contemporaneity where spaces of conflicting visual information and complex, networked semiotic relationships are the norm.