Nordic-Leipzig stipendiary of the Goethe-Institut 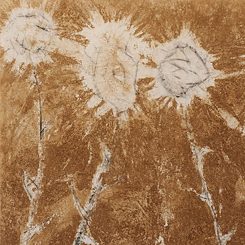 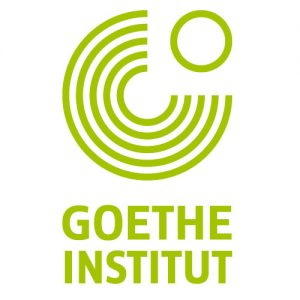 Martin Stråhle from Sweden, currently living in Bergen, Norway, is mainly concerned with painting and the relationship between paintings and other media, such as textiles, sculptures and performance.
Stråhle holds a master’s degree from Bergen Art and Design College.
Lately, he has worked with painting in a performative and physical way. He has moved with his studio into the mountains and forests that surround the mountains. There he has the feeling that he is getting closer to his materials in his painting process.
Martin Stråhle brings his works from the forest to Leipzig to combine his open-air painting with the possibilities in his new studio.

In his work, Stråhles main focus is primarily to approach painting in new ways, and to find a new angle in the work with an image is often the starting point of this process. Either by using different materials or by changing the performative process around working with a two-dimensional image in order to explore the relationship painting has to other mediums such as textile, sculpture and performance. Strågle wants to challenge his own thoughts about what painting can be and how far away from painting it is possible to go, but at the same time still stick to the principle of creating a two-dimensional image.

The last couple years Stråhles work has mainly been about reducing his material use in order to simplify his visual expression. This material investigation has taken him out in the forests and up on the mountains of the Norwegian landscape. The paintings are made directly on site with material from the site itself. A landscape painting, a image or a transferred print from a place where a indescribable mystery lies between the densely growing pine trees. A place in nature that thru the horizontal and vertical lines created by massive tree trunks and small forest brooks is being experienced as a room with surrounding walls where the light from the sky shines clear over the ground where he rolls out his cotton textiles. This painting process is a way for Stråhle to try to channel this energy he experiences on the site and to let it go through his body and then out on to the canvas. He wants the distance between him and the materials to should be as short as possible and by putting pressure on the body thru long walks in nature he wants to detract his thoughts from the creation of the visual image and instead let his body work undisturbed and in direct contact with the energy on the site along with the materials he finds there.