We were very pleased that after the long, uncertain weeks of standstill and the closure of all cultural institutions, a tentative opening for art and encounter was now possible again in May. Since the Spinnerei Spring Gallery Tour 2020 could not take place, we wanted like to give the opportunity to get to know our current guest artists and their artistic projects and to get into conversation. On Thursday, May 14, 2020, we opened the LIA space to anyone interested from 6:00 p.m. to 8:00 p.m. and on Saturday, May 16, 2020, from 2:00 p.m. to 8:00 p.m.

Our new cooperation project with the Goethe-Institut, Pacific Leipzig, has brought the first three scholarship holders from Malaysia, Myanmar and Ho Chi Minh City, Vietnam, to us since March. Despite difficult conditions, all three artists developed very interesting and profound works that they now want to present to the public. In addition, we are pleased to be able to introduce three further exciting artists from Spain, the Netherlands and the USA, the latter in cooperation with our long-term partner School of Visual Arts New York.

The effects of the corona crisis became not only visible in one or the other artwork, they also required a new form of visit to LIA: a maximum of six people could visit our spacious rooms at the same time in order to easily comply with the applicable hygiene and distancing regulations . We asked all participants from the age of six to wear a face mask and we thank everyone for the consideration and understanding. 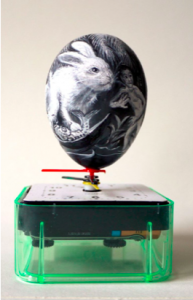 Chang Yoong Chia is educated as a painter but he likes to explore the symbolic and alchemistic meaning in common, everyday materials, even those that are considered to be useless and thrown away. Using a ritualistic approach to art-making, he transforms them into ‘magical’ objects that encourage contemplation and reflection about the normal things in life and their relationship to our private memories and collective experiences. For Yoong Chia, materials contain histories, natural or cultural, that could be unleashed and re-arranged to form new ways of retelling old stories of universal truths. This opens up the possibility to rethink existence as something much more profound, layered in meanings and potential. Chang Yoong Chia’s process of art-making is consciously slow, labor intensive and repetitive and thus it has become his own ritual. For him, his working routine is a counterpoint to the fast-paced, modern lifestyle we live in. Only when we slow down; look, touch and feel, does an alternate life reveal itself to us.

Le Hien Minh is known to persistently employ a Vietnamese traditional handmade paper called Dó, with which she constructs large scale installations. In her work, Dó paper is visibly vulnerable to the effects of weathering and human treatment. Materiality, whether on the point of dematerialization or materialization, is central. It is a manifestation of an idea that all things are impermanent.
Additionally, Le Hien Minh’s work also acts as a bridge between contemporary and traditional Vietnamese art and also between modern and historical Vietnamese culture. In LIA, Minh created a site specific installation with using Dó paper in a new way, as a sixth work in a specific series. It is a continuation of a series of works in which she focusses on significant social issues, including gender roles, hierarchies within society, and female identity. 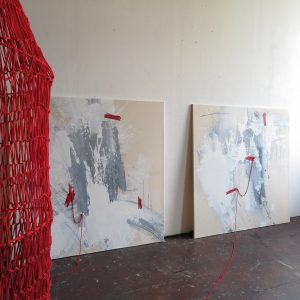 Spanish painter Perceval Graells uses a non-descriptive language inspired by emotions and feelings. It is through this that her inner life comes out and expresses her personal vision of the world. The idea of this project stems from the personal need to metamorphose pain and suffering into peace and calm through the gestures and sewing arts traditionally performed by women. Through her work, a dialogue is created between painting and installation and between artist and spectator. Therefore, the aim of this project is to provoke a personal and psychological reflection in the viewer.
Perceval Graells studied Fine Arts in Barcelona and Milan, completed a Masters in Artistic Production in Valencia and obtained an artistic residency in Berlin. Later she moved to Paris where she painted and impregnated herself with its art. She is now based in Alicante, Spain. 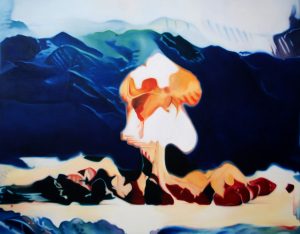 Daniela Schwabe introduces her latest painting series FUTURE MEMORY that combines the research and usage on artifical intelligence (AI) with historic photographs of the Cold War. Together with Casper Schipper, Daniela developed an AI system that learned her ‘style’ by being fed with images from Daniela’s previous painting series. The AI system thus created an own imagery style and was then again fed with another material, that is the historic iconic photography. Daniela used these AI-images of the Cold War as basis for her new body of work. This new series deals on the one hand with the questions of authenticity of authorship and on the other with the truth of photographic material, that is still in such a way acknowledged by people, while at the same time never been more aware of its unreliability. Through this approach, Daniela Schwabe emphazises the potential and challenges of new technological developments such as AI that have brought the artificial and the human closer together than ever, creating neural networks that can be creative, intuitive and unpredictable. 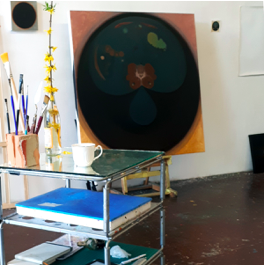 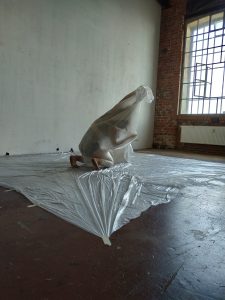 Yadanar Win is a multimedia artist based in Yangon, Myanmar. Her ability to seamlessly join her own body, to the document of her performance, and bring them together into an art object is reflective of her generation’s willingness to experiment with all mediums and abandon the traditional painting and sculpture so common in the Myanmar art scene. Her performances are passionate and critical, often citing the plight of Myanmar’s peace process or personal struggles as a young female artist in Myanmar. While participating several exhibitions local and internationally, she was also works as a cultural coordinator at the Goethe -Institut for two years. Now, she is an independent artist and organizer of several cultural projects in Yangon.

Please note!
Maximum 6 guests at once. We kindly ask you to register before visiting: assistent@liap.eu

We cannot guarantee visitors without appointment to enter our space directly. If necessary, unregistered guests have to wait outside LIA. Thank you for your understanding.

Sanitation Regulation
We ask you to observe the applicable safety and sanitation measures and to wear a face-nose-mask when visiting LIA! We provide hand washing and desinfecting opportunities in our facility. 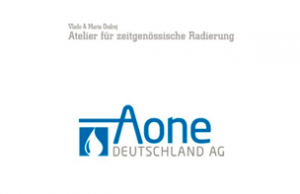