The artist-scholarship Nordic-Leipzig, given by the Goethe-Institut, is again awarded in 2020, this time to two Danish artists. 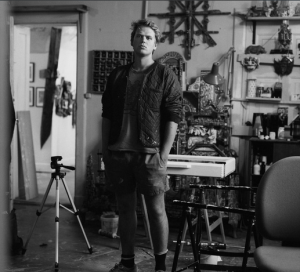 Meik Brüsch (1987) is an artist and ethnologist based in Copenhagen, Denmark. He occupies himself putting one thing together with the other thing so that the next thing becomes. He likes it when blue, yellow and red have a chat, but some of their conversations doesn’t please him. He likes it when a wet lump of clay or the shape of a piece of wood whispers about previous movements and relations. He wants to interconnect just enough clues for you to forge a thought, but at the same time to dissolve cohesion. In the act of making – somewhere between interacting unruly narratives or material components and perceived wholes – He persuades a peculiar accumulation to emerge as something in itself.  Aided by the wizardry of strong colours and the quackery of pretended symmetries, he wants to herd a comfortable outer mesh that halts and underpins our perception of everything’s dilapidated misery or delicate composition – in life as well as in any object. He is fuelled by the idea, that from this onset, he sends his deliberately coincidental and gaudy artefacts, conveying ambiguous contentiousness, provisional acceptance and illusory but necessary harmonies. 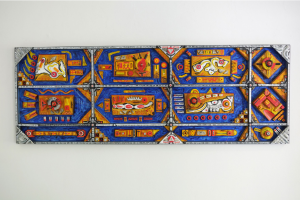 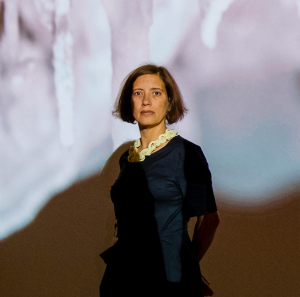 Michelle Eistrup is a visual artist who works primarily in video, photography, and sound. She grew up in Jamaica, Paris and New York, and presently resides in Denmark with her family. She has her MFA from the Royal Academy of Arts in Copenhagen and BA from Haverford College, Pennsylvania. Her practice explores the history, legacies, and denial/absence of colonialism through four overarching themes: African diaspora identity and expression, politics of recognition; dynamics of isolationism; and embodied rites and rituals. Rooted in a vibrant global arts community, she has exhibited internationally, and she curated BAT, Bridging Art and Text. 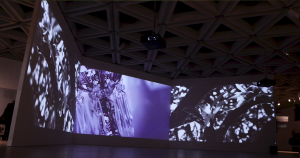