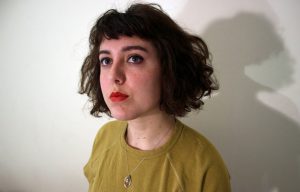 Julia Stoddard is a multi-media artist currently based in New York. Her work in video, performance, sound, printmaking, and syntheses thereof engage carefully selected, often cultivated environments which become mediums for generating recordings used in compositions or spatial installations. Influenced by her work as a garden designer, her studio practice negotiates relationships between movement, memory, and land. She received a BFA from the Visual & Critical Studies department at the School of Visual Arts in 2016.